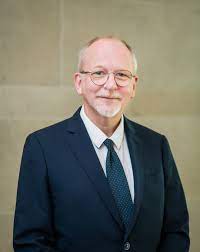 Laszlo Kiraly was graduated from Semmelweis Medical University in Budapest, Hungary. He served as Pediatric Cardiac Surgeon-in-Chief and Chair at the Hungarian Pediatric Cardiac Centre between 2000-2006. He has completed his PhD at Semmelweis Medical University, where he is Professor of Medicine. He was invited to Sheikh Khalifa Medical City (SKMC) in Abu Dhabi in 2007 to establish and lead a new tertiary-care paediatric cardiac service for the United Arab Emirates. With his Team, he performed over 4800 pediatric cardiac operations in a mostly neonatal and infant population. SEHA, Abu Dhabi Health Company nominated SKMC Paediatric Cardiac Surgery as one of its eight “Center of Excellence” programs in 2017. In 2021, Prof Kiraly joined NUHCS, Singapore to develop a centre-of-excellence in pediatric cardiothoracic surgery.

He has an interest in 3D printing and modelling for healthcare. SEHA invited him as member to its Committee for Artificial Intelligence.