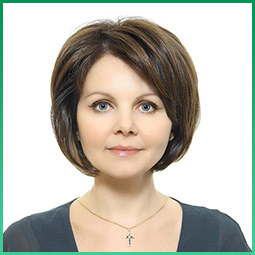 Late refreral, delayed diagnosis, and untimely surgery for BA are worldwide problems. We analyzed early symptoms of BA in the neonatal period for timely detection of the disease. 170 patients with BA were studied. Jaundice and acholic stool appearance time were analyzed. The data total and direct bilirubin measurement at 1 week of life and the data of abdominal ultrasound  in the neonatal period were studied. Most children had jaundice (in 81% – <7 days of life, in 11% – >7 days). The acholic stools appeared (in 53.6% –<7 days of life, in 27.6% – for 2-3 weeks of life, in 18.8% – no data). Only 61% were tested for total bilirubin and 16% were measured for the direct fraction at 1 week of life. All examined children had direct bilirubin levels >17 ?mol/l. Ultrasound markers were gallbladder abnormalities within 1 week of life. The ?ombination of acholic stool, direct hyperbilirubinemia, and gallbladder abnormalities are early red flags for BA in neonates.

Anna Degtyareva is a professor in Federal State Autonomous Educational Institution of Higher Education, I.M. Sechenov First Moscow State Medical University of the Ministry of Health of the Russian Federation and Head of the Pediatric Department of Academician V. I. Kulakov National Medical Research Center for Obstetrics, Gynecology and Perinatology.She has over 160 publications that have been cited over 1746 times, and her publication h-index is 14. She has been serving as an editorial board member of several reputed journals.