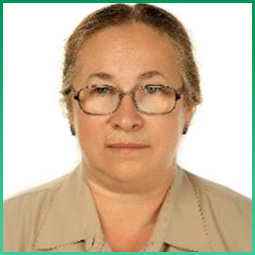 Title: Predictors of phobic and anxiety disorders in early childhood

The phenomenological and prognostic features of children's obsessive states were been studied. 285 children (170 boys and 115 girls) were under observation. The study was conducted in several stages. 178 children were observed from an early age, the other 107 were included in the study 5 years later. The prospective observation for the whole group was 7 years, and then by 10-15 years later, 50 children were been examined in the follow-up. The cohort consisted of children at high risk for schizophrenia, those who were not ill (group 1), those who subsequently had schizophrenia (group 2), children with neurotic disorders due to deprivation (group 3) and healthy children without hereditary burden from the general population (group 4). All children in early childhood and preschool age showed psychopathological phenomena in the form of prototypes of obsessions and phobias. A direct relationship was been revealed between the age of onset, the severity of early ontogenesis and the phenomenological features of disorders. In the premorbid of unfavorable forms of schizophrenia, phobias, comorbid outposts of symptoms of psychotic disorders resembling delusional, depersonalization symptoms were been noted. The data obtained indicate that obsessive-compulsive disorders of the circle already in early childhood can serve as clinical predictors of the long-term prognosis of mental disorders.

Kalinina Marina Anatolyevna is a leading researcher in the Department of Child Psychiatry of the MHRC RAMS. She defended her PD thesis on the study of the features of obsessive-compulsive disorders in children and adolescents. Scientific interests include clinical and paraclinic markers of mental disorders in young children. She regularly conducts clinical appointments for specialized patients and publishes the results of   the research work. To date she has more than 150 publications.