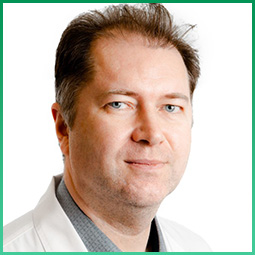 We have improved the complex therapy of rotavirus infection in young children by including the drug interferon and evaluated its clinical and immunological efficacy. We observed children without infectious pathology and with rotavirus infection who were on standard therapy and treatment, including standard therapy and interferon preparation (20 in each group), who were examined using general clinical methods. Diagnosis of rotavirus infection was carried out by PCR and immunochromatographic. Indicators of cellular immunity were determined by flow cytometry. In all infants with rotavirus infection, the disease occurred in a moderate form with symptoms of grade II exicosis. In the group of patients who received an additional interferon drug as part of complex therapy, the duration of intoxication symptoms was significantly less, and in the hemogram at discharge from the hospital, the relative content of neutrophils was higher and monocytes lower compared to infants who were only on standard treatment, which corresponded to the norm. In the acute period of rotavirus infection, the relative level of lymphocytes decreased, and NK cells and T-NK cells increased compared to healthy infants. The relative number of cells expressing TLR-3 at the beginning of the disease was lower than in the control group. The inclusion of interferon in the complex therapy contributes to normalization of the relative number of NK cells, while maintaining an increased content of T-NK cells in both relative and absolute terms compared to healthy infants, and a reduced content of cells expressing TLR-3. Changes in the immune status in the acute period of rotavirus infection indicate increased antigenic stimulation of the cell link and inhibition of the synthesis of pro-inflammatory cytokines, including interferons, under the influence of rotavirus, which is the justification for the use of interferon therapy.

Sergey G. Gorbunov has completed his MD at the age of 35 years from N.I. Pirogov Russian National Research Medical University. He is the professor of pediatric infectious diseases department of Russian Medical Academy of Continuig Professional Education. He has over 155 publications that have been cited over 250 times, and his publication h-index is 8. He has been serving as an editorial board member of several reputed journals.