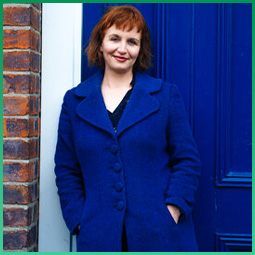 Title: An Analysis of the Evidence for the Clinical Management of Gender Dysphoria in Children and Adolescents

There has been an unprecedented rise in the numbers of children and adolescents seeking treatment for Gender Dysphoria over the last decade with referrals to the Gender Identity Development Service (GIDS) in the UK experiencing a 1727% rise in the numbers of children seeking to transition. Although the gender-affirmative approach has been adopted almost universally,  yet the current trend towards gender-affirmative care is based on low-quality evidence  and the many risks associated with this approach have been highlighted by recent reports from detransitioners.  The evidence in this field remains paltry and, considering the notably high numbers of participants who are lost-to follow-up after medical transition, it is difficult to ascertain the current rate of regret for medical transition. Regret rates for medical transition remain largely unknown, ranging from to 1% to 8% depending on the study, however the varied definitions in the literature for what constitutes “detransition” means that the statistics are referring to strikingly different experiences. Furthermore, these statistics refer to studies of adults who transitioned in an era when medical transition was only taken under strict protocol and so does not provide relevant information for children and young people who currently have considerably easier access to medical transition. The use of puberty blockers remain a questionable option for children and adolescents  especially given that the use of this highly experimental treatment path is being reconsidered by progressive countries in Europe. The Karolinska Institute in Sweden, long considered gold-standard in providing transgender health care, no longer uses puberty blockers as part of general gender healthcare for minors;  nor does Finland promote their use.  Additionally, an independent report in the UK raised the issue of “diagnostic overshadowing”, suggesting that other diagnoses need to be addressed with regards to gender dysphoria. For these reasons, it is timely to carry out further analysis on the treatment of gender dysphoria for minors.

Stella O'Malley is a psychotherapist, best-selling author, public speaker and a parent with many years’ experience working in counselling and psychotherapy. Born in Dublin, Stella now calls Birr, Co. Offaly home where she lives with her husband and two children and runs her private practice.