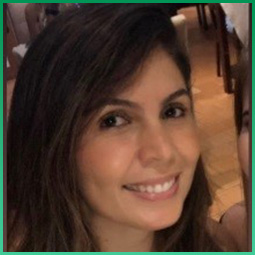 Title: Impacts of the use of caffeine citrate on the weight evolution of premature newborns in the neonatal intensive care unit of a Philanthropic Hospital, in Salvador-Bahia-Brazil

Caffeine has been commonly used for the prevention and treatment of apnea-related symptoms in premature babies. However, exposure to caffeine can influence weight gain in this population. The weight evolution of premature newborns up to 34 weeks using caffeine citrate in a Neonatal Intensive Care Unit (NICU) of a philanthropic hospital in Salvador-Bahia-Brazil was evaluated through a prospective longitudinal study, with a descriptive and exploratory. Neonates were exposed to caffeine citrate at doses ranging from 5mg/Kg to 10mg/Kg. Preterm infants with sepsis confirmed by blood culture and congenital anomalies of the gastrointestinal tract were not included in the study. Preterm infants who received a maintenance dose of caffeine >5mg/kg/day showed a slight reduction in weight gain. The use of caffeine associated with other factors did not have a negative impact on caloric gain. Preterm infants < 32 weeks using caffeine required a higher calorie intake. Caffeine contributes positively to the treatment of apnea of prematurity, but its catabolic effect can result in less weight gain in preterm infants, which requires greater attention to nutritional support by the multiprofessional health team and family members.