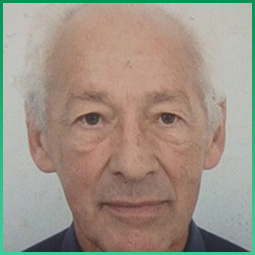 Title: Reflections on the first 100 plus babies with Congenital Hypothyroidism (CH) seen after the Start of the National Screening Programme (NSP) in 1998 in the United Arab Emirates (UAE)

A comparison of outcomes for CH before and after the start of the NSP in the UAE.
Methods: Review of the findings of all the babies with CH seen in the period 1996 to 2004.
Results: Before the UAE NSP babies were usually diagnosed very late often with a bad outcome. The NSP resulted in much earlier diagnosis and better outcome. The incidence of CH was high compared to most other studies and eutopic hypothyroidism was nearly as common as ectopic hypothyroidism. Some of the former could come off treatment later and some of the latter were very mild. Conclusion: The most important conclusion is that the NSP is very worthwhile with generally good outcomes.

John Denis Hardy is trained at St Bartholomew's Hospital (Bart's) medical school, London qualifying in1963. His most prestigious posts have been at Bart's, the Royal Free and Great Ormond Street Children's Hospital (Leukaemia Research Fellow) in London and Addenbrooks hospital, Cambridge. He was the Consultant Paediatrician at Harlow, Essex for 13 years before moving to the Middle East, most recently the UAE. He was Chief of Paediatrics at Tawam Hospital Al Ain from 1996 to 2004. Medical education featured strongly there and in many previous posts.  He have over 50 published medical articles including 2 on Congenital Hypothyroidism. His  is interest in Endocrinology developed from doing a combined clinic in England with Dr  Charles Brook and from Tawam Hospital. He was one of the doctors involved in setting up the National new born screening programme in 1998 which led to my seeing and following up many babies with Congenital Hypothyroidism from all over the UAE.