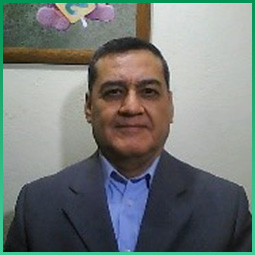 Introduction: Delayed Lactogenesis II is the delayed and reduced milk production in the first ten days of exclusive breastfeeding that leads to, increasingly frequent, neonatal dehydration due to insufficient colostrum intake, as a consequence of a “bad breastfeeding technique”. However, in the peripartum, we observe a “negative water balance” that causes severe hypovolemia which, in turn, causes mammary hypoperfusion, leading to a postpartum milk shortage.
Objective: Establishing, clinically, that negative water balance causes hypovolemia and mammary hypoperfusion, leading to the late onset of Lactogenesis II. Methods: Descriptive, observational, longitudinal, double-blind, and comparative study between 300 women, 150 postpartum, and 150 post-cesarean. We search prospectively and randomly, the indication of control of the water balance and its execution during the peripartum, in a second-level hospital in Cuernavaca, Morelos, Mexico, for 6 consecutive months.
Results: We found no indication or execution of water balance control, in 100% of both groups, its calculation was negative (3,38 L) and milk production was lower than expected (44.6 VS 100 ml/day), regardless of age, parity, mode of birth, socioeconomic status, occupation, schooling and desire to breastfeed.
Conclusions: We find that, in our environment, the control of the water balance in the peripartum is unusual, being negative in 100% of women with low milk production, which supports our hypothesis. Avoiding this negative water balance, we avoid mammary hypoperfusion, milk shortage, insufficient intake, and neonatal dehydration.

Luis Ángel Bolio-Molina, has been a pediatrician for 27 years, graduated from the National Medical Center of Mérida, Yucatán. Mexico. Since then, he has worked in the public and private Health Sector in Cuernavaca, Mexico. He has presented 12 research papers at National Pediatric Congresses in Mexico and has been a speaker at several national and regional pediatric conferences and at two international Health Sciences Research Congresses. He has published 6 articles of which 4 have been cited 8 times. He is a member of the Mexican Society of Pediatrics and the Medical Organization for Latino Advancement (MOLA) in Chicago, USA.