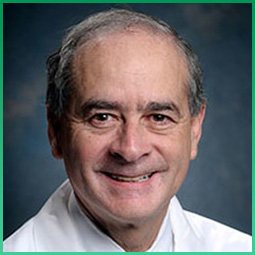 University of Alabama at Birmingham, USA

Title: How to Save 1 Million Lives in a Year in Low- and Middle-Income Countries

Despite major improvements in reducing childhood mortality worldwide, over 5 million pregnancies per year end in stillbirths or neonatal deaths. The vast majority of these deaths occur in low- and middle-income countries. Many of these deaths are preventable with readily available evidence- based care practices. This review focuses on educational programs developed to reduce preventable deaths in newborn infants in low- and middle-income countries, including Essential Newborn Care and Helping Babies Breathe, a simplified version of the Neonatal Resuscitation Program. Innovative pragmatic large-scale trials conducted in the Global Network for Women’s and Children’s Health Research of the National Institutes of Health in the USA have evaluated these programs in low-resource settings. The results of these studies and the implications for future programs designed to decrease childhood mortality are reviewed.

Wally Carlo is a neonatologist in Birmingham, Alabama and is affiliated with Children's Hospital of Alabama at UAB. He received his medical degree from University of Puerto Rico School of Medicine and has been in practice for more than 20 years. Since 1991 he is the Director of  Newborn Nurseries University of Alabama Medical Center and The Children's Hospital of Alabama and the Medical Director of Neonatal Critical Care Transport University Hospital. He has received the Guide to America’s Top Pediatricians Award of 2007  and the award winner of 2007 University of Alabama School of Medicine Argus Society Award for Excellence in Teaching 2006-2007.